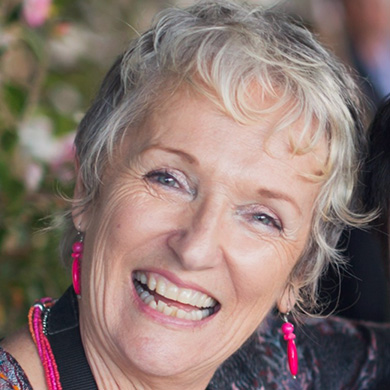 Cath is a qualified Social Worker and Educator. She has worked in the community services & child protection sectors in Australia and internationally for 40 years.

Early in her career, Cath worked mostly with families & children, including in an early intervention service with children 0-6 living with developmental disabilities, and as manager of an independent living service. Following this, Cath taught and developed many of the community services courses delivered by TAFE.

Cath began working internationally in 2007, mostly in Cambodia and Laos, building the capacity of national social workers. From 2015, she was Save the Children’s Child Protection Technical Advisor for SE Asia and the Pacific. Now she works as an independent consultant and is also an Official Community Visitor for the ADC of NSW.

You are here: Home > Team Members > Our Reference Group > Cathrine Napier
Back to top ^