A good start with the Moti-Start 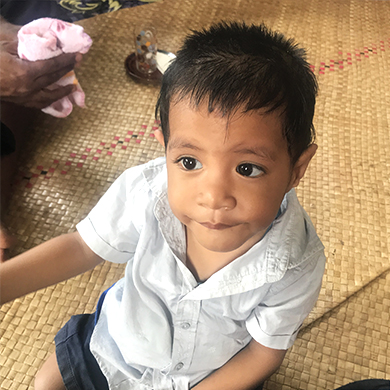 Jedediah is a happy, active 2-year-old boy. We were welcomed into his family home just outside of Suva, Fiji by his father, Vilsoni, and grandparents from both his mother and fathers’ sides. It is obvious he has a strong and supportive family from the moment we arrive.

Vilsoni explained that he and his wife, Solokiala, adopted Jedediah from Solokiala’s sister at birth which is common in the Pacific Islands, including Fiji. At 6 months old they began to notice that his body was floppy, he could not support his head and he was not making the same growth milestones as their other children. They were referred to the hospital in Suva where they found out that Jedediah had both Cerebral Palsy and Talipies (clubfoot). Vilsoni said he recognised the Talipies early as he too had been born with this condition.

In 2017 they found out about Frank Hilton Organisation (FHO), started to attend outpatient rehabilitation and “came to understand early childhood intervention”. In May 2018 at 19 months old, Jedediah was prescribed a Moti-Start wheelchair. The Moti-Start chair is a floor chair designed to provide infants with good postural support to help them sit upright and strengthen muscles.

At 19 months old, Jedediah was unable to crawl or move around independently and was carried everywhere. After attending frequent physiotherapy appointments at FHO and using their Moti-Start chair at home, the family started to notice big changes in Jedediah physically, his strength was building and was making huge improvements in his posture. “His strength developed by using the Moti-Start and rehabilitation” Vilsoni said. “Because his posture was right, it fixed other challenges.” By November 2018, only 6 months after receiving his Moti-Start chair, and as the family moved into their new home, Jedediah began crawling.

“We wanted room for independence, we agreed as parents.” As a family, they agreed to encourage Jedediah’s independence to move around the house. Vilsoni explained that as hard as it was at times, he and Solokiala agreed not to pick him up and carry him from one end of the house to the other, but allow him to crawl and build his strength and mobility.

The team at FHO said that Jedediah’s parents have always been very active in their child’s rehabilitation program. Jedediah is always using his chair during home visits and attends outpatient rehabilitation at FHO as well as the Cerebral Palsy playgroup. Vilsoni says they plan to continue this into the future. He and his wife have to be very organised to make these visits happen, as they both work to support the family and have 2 other children at home. Jedediah loves to play with his older sisters and they too are a big part of his supportive network, encouraging his mobility during play and helping him around the home.

During the home visit we were pleased to learn that as Jedediah became more active and stronger over the last few months, he no longer requires his Moti-Start. Vilsoni plans to bring the chair back to FHO and the team will reassess his next mobility device options.

His mother and father are excited to be sending Jedediah to a mainstream school when the time comes and believe in inclusive education. They are also excited and believe it is important to “maximise what services like FHO have to offer”. They are proud to be in a position to “advocate for stronger families, for what is good” and to raise awareness for other parents in their situation. “It is challenging. Stories are important to inspire us.”

Jedediah’s father told us that as a family it was important for them to understand that his Moti-Start wheelchair was a key stepping stone in his son’s journey “this wheelchair is a chapter in his life”. His Moti-Start does not define his ability but in fact, has given him more mobility through postural support. It has been an incredibly important part of his son’s growth and development. It was also obvious during our visit that a supportive and encouraging family network is a huge part of Jedediah’s positive improvements. “He has a very strong father, he goes beyond” Jedediah’s grandfather proudly said as were taking photos of the family.

Motivation Australia is proud to be mentoring and training the wonderful staff at FHO who supplied Jedediah’s Moti-Start. We continue to work closely with both the clinical and technical team to support their development in wheelchair provision.

Stories from the field written by Krystal Panakera

Motivation Australia acknowledges the valuable contribution of the Australian NGO Cooperation Program (ANCP) to the Pacific MDS Project. We would also like to warmly thank Vilsoni and Solokiala for welcoming us into their home and sharing their story with us.

Motivation Australia is a proud partner of Frank Hilton Organisation, and we recognise their hard work and dedication to make a difference in the lives of children with a disability in Fiji.

To support MA’s work and continue our aid for services for children like Jedediah and his family,
donate to Motivation Australia or become a member today! 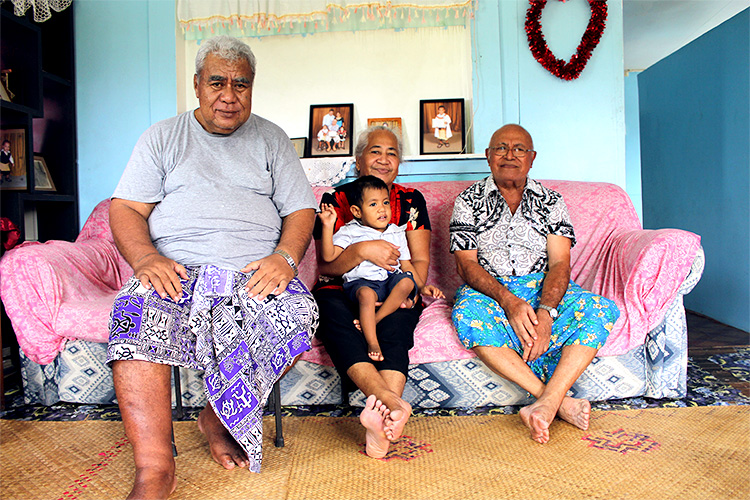 Skip back to main navigation
You are here: Home > Blog > Our work > Pacific region > Fiji > A good start with the Moti-Start
Back to top ^